Young, impressionable, twenty-year-old Walter Taylor flees his suburban home in search of freedom and adventure and stumbles into more than he bargained for. Set in a chaotic bee-farm at the height of the 1960s, home to a bohemian, European-born artist and his mistresses, The Beekeeper is filled with allusion, irony, and high humour, yet sets in stark relief the fund of violence and ignorance that underlay the romantic dreams of the 1960s.

Henderson has written a hilarious satirical portrait of the last generation's counter-culture movement, as well as an original and thought-provoking assessment that what produced this rebellion was to a large measure transplanted European ideas originating not only in the last century but beyond.

"A roisterous jaunt through male envy.... "

"Amusing ... sketches of some eccentric '60s intellectuals as they lounge in the Ontario countryside.... The characters are beautifully realized.... Henderson is hilarious when he's mocking the cerebral pretensions of the bohemian set." - Books in Canada

"Fast-paced and well written...[with many] interesting observations about the effect decadent European sensibilities had on the Canadian artistic landscape of the era." - The Globe and Mail 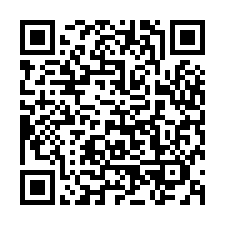